From Dust to Moon

Image: ALMA/ESO​
The Atacama Large Millimeter /submillimeter Array (ALMA) down in South America is beginning to uncover the mystery of planetary and moon formation in the universe. The ALMA observatory - which is comprised of an array of 66 large radio telescopes perched atop the Chilean altiplano - used its collecting dishes to gather electromagnetic signatures emanating from a budding solar system 400 light-years away. A collaboration of European Southern Observatory astronomers looking for exoplanets managed to capture tantalizing images of what is believed to be a moon-forming disc around two Jupiter-like planets.

Nestled inside what scientists call a circumplanetary disc - a gigantic ring made out of dust and gas one astronomical unit in radius is coalescing around one of the exoplanets found in the region. As the material comes together, it progressively forms larger bodies that may eventually turn into asteroids, planetesimals, or even moons.

"Our work presents a clear detection of a disc in which satellites could be forming," says Myriam Benisty, a researcher at the University of Grenoble, France, and at the University of Chile, who led the team that made the discovery. “Our ALMA observations were obtained at such exquisite resolution that we could clearly identify that the disc is associated with the planet and we are able to constrain its size for the first time."

This groundbreaking observation permitted by new and improved instrumentation, may shed further light not only on how moons evolve inside planetary-forming regions, but also how the planets themselves arise out of the basic elements found in the interstellar medium. 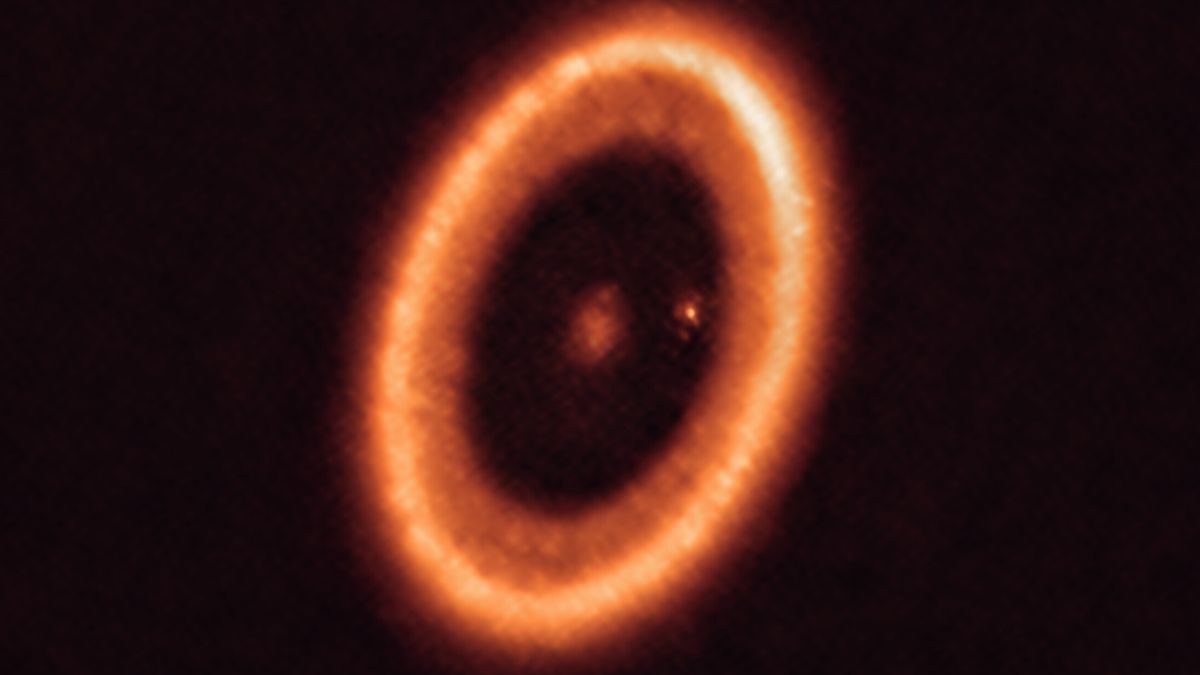 The disk has the potential to form numerous moons.