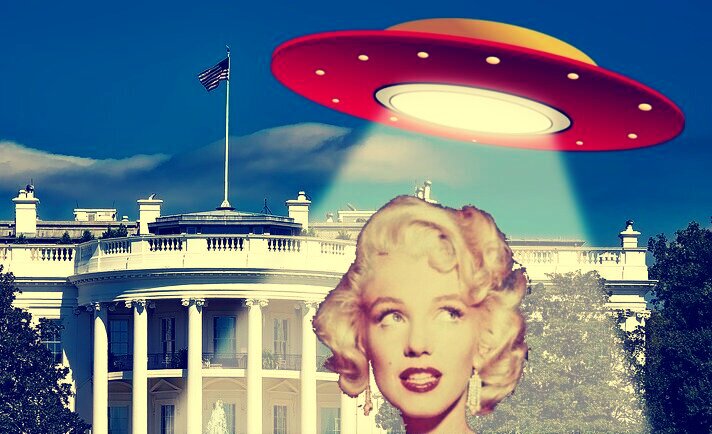 Image: Pixabay/Creative Commons (CC)​
One of the most notorious and unproven UFO conspiracies involving Hollywood celebrities is without a doubt the one pertaining to the late movie star and model, Marilyn Monroe. According to a document uncovered by researcher Timothy Cooper, President John F. Kennedy, who was rumored at the time to be a love interest of Monroe, made a shocking revelation to her during one of their alleged sexual trysts about the secrets he knew of the infamous alien crash at Roswell, New Mexico, in July 1947.

These revelations came to the public's attention during a press conference in 1995, when the late Monroe biographer Mirio Speriglio, spoke about the alleged document he included in one his books about the life and death of the blonde bombshell. According to the secret memorandum, as a result of Kennedy’s indiscretion with Marilyn about these highly-guarded state secrets, the Central Intelligence Agency began to keep close taps on their relationship fearing that the President's loose lips could sink the proverbial (UFO) ship.

Monroe, a product of the times she lived in, was allegedly passed around between the Kennedy brothers, who became transfixed with the alluring star after her sultry “Happy Birthday” performance at Madison Square Garden in May of 1962 in honor of Kennedy’s 45th birthday.

As if this weren't enough of a scandal, the document's allegations go even further: Marilyn, fed up with the clandestine nature of her involvement with the Kennedy's, gave them an ultimatum to publicly acknowledge their relationship with her, or face the scandal that would ensue if she were to go public with the 'diary of secrets' she kept about all the government conspiracies Kennedy had told her in confidence - a decision she sadly didn't live to regret.
D

There hasbeen a lot of hints st this over the years, Timothy Cooper did a great job with this. Mind you, if I were him I would be looking over my shoulder for men in dark suits.