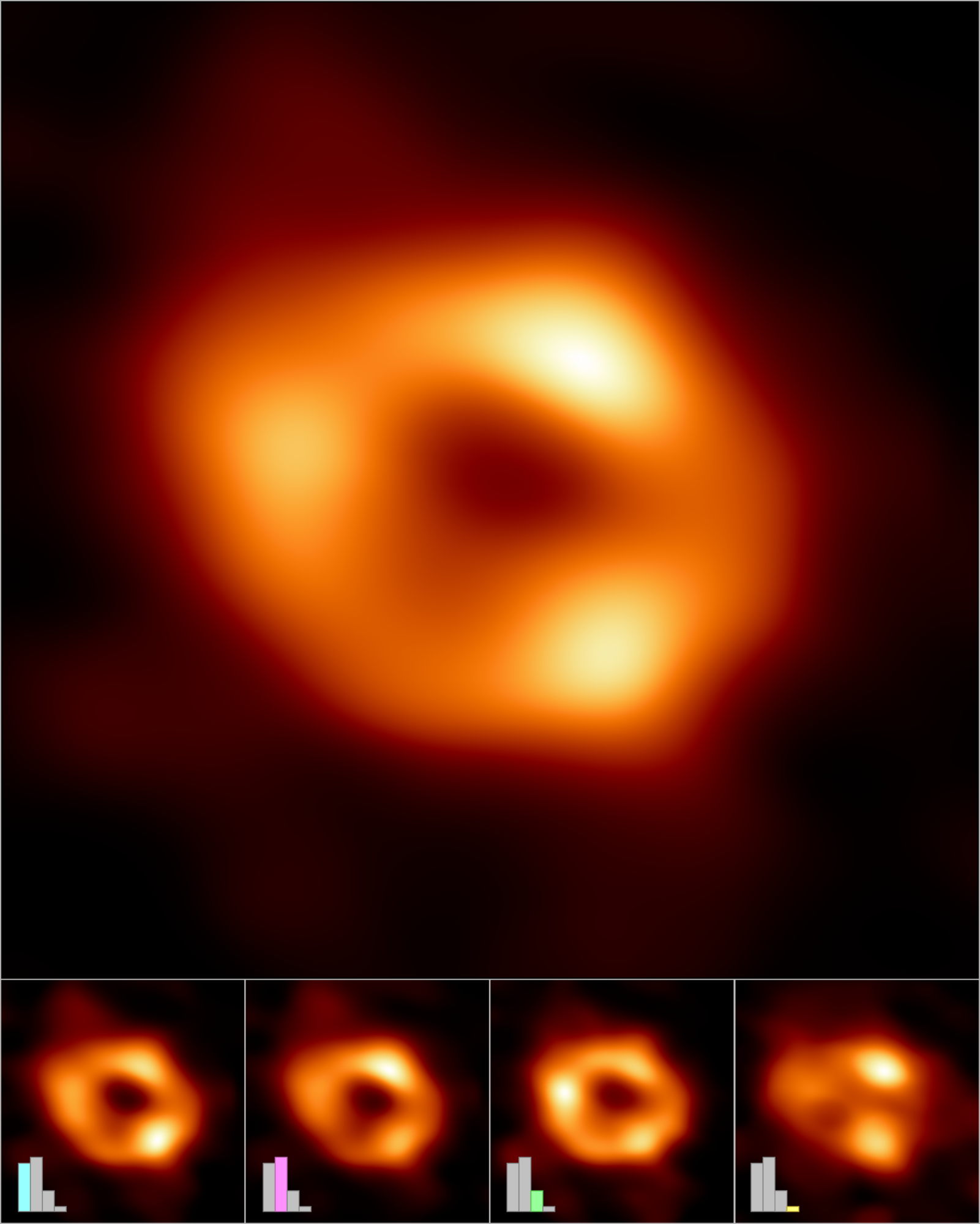 Image: EHT​
Earlier today (May 12), the Event Horizon Telescope collaboration held a press conference to unveil the first image of Sagittarius A * (pronounced "sadge-ay-star"), the supermassive black hole at the center of our galaxy. Astronomers have worked on the project for over a decade, trying to peer through the dusty galactic center in order to image the shadow of the event horizon, a theoretical boundary around a black hole beyond which no light or other radiation can escape.

This extraordinary accomplishment once more validates Einstein's general relativity by demonstrating that such an object does indeed exist and conforms to the physical predictions outlined in the famous theory. Because of the distance between us and Sagittarius, scientists have made use of an array of radio telescopes located across the globe to collect submillimeter radio waves emanating from the hot gas swirling about the cosmic gurgler.

Back in 2019, the EHT collaboration released what is now the iconic image of the first black hole shadow ever imaged in the history of mankind. M87, a gargantuan black hole at the center of the distant Messier 87 galaxy, proved easier to image despite being farther away from us. According to the team of astronomers, both black holes vary in luminosity due to their spin and size. Because M87 is larger and slower than Sagittarius, the infalling gas circling the event horizon has a chance to glow longer before it is swallowed, providing an excellent opportunity for the interferometer to take a longer exposure. More details in the link below.