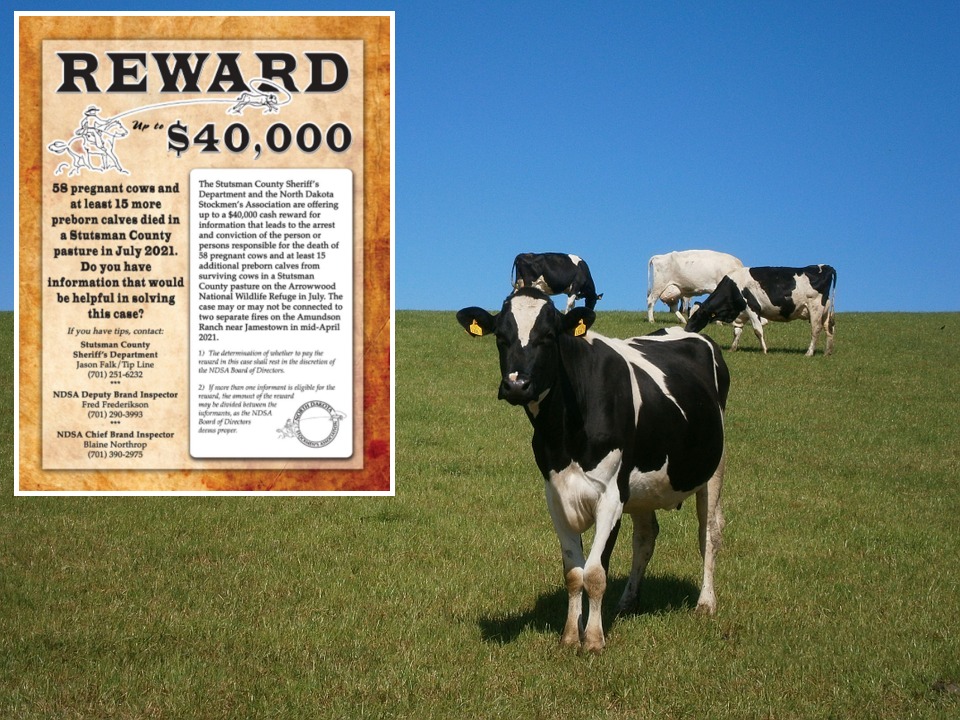 Image: Pixabay​
Authorities in North Dakota are asking the public for help in solving the case of a mysterious mass cattle death. 58 pregnant cows suddenly died while grazing in a pasture on the Arrowwood National Wildlife Refuge on July 29th. Investigators have ruled out potential natural and environmental factors that may have contributed to the premature death of what was once a healthy bovine population.

In order to expedite the investigation, The North Dakota Stockmen’s Association has put up a $40,000 reward for information that leads to the arrest and conviction of the perpetrator of such a horrendous crime.The local Sheriff office suspects the gruesome event could be connected to a couple of suspicious fires that burned more than 2,000 bales of hay valued at $200,000 prior to the incident.

Although authorities are speculating this could be the act of some deranged individual(s), they are not discarding the possibility that "otherworldly" forces could be involved due to the lack of evidence on the scene of the massacre. The level of high-strangeness surrounding this event is often observed in cases of cattle mutilation, where a strong UFO presence is reported before and after selected herd specimens are culled.

The Bearded Butchers grappled with who is behind cattle mutilation Friday on "Tucker Carlson Tonight."