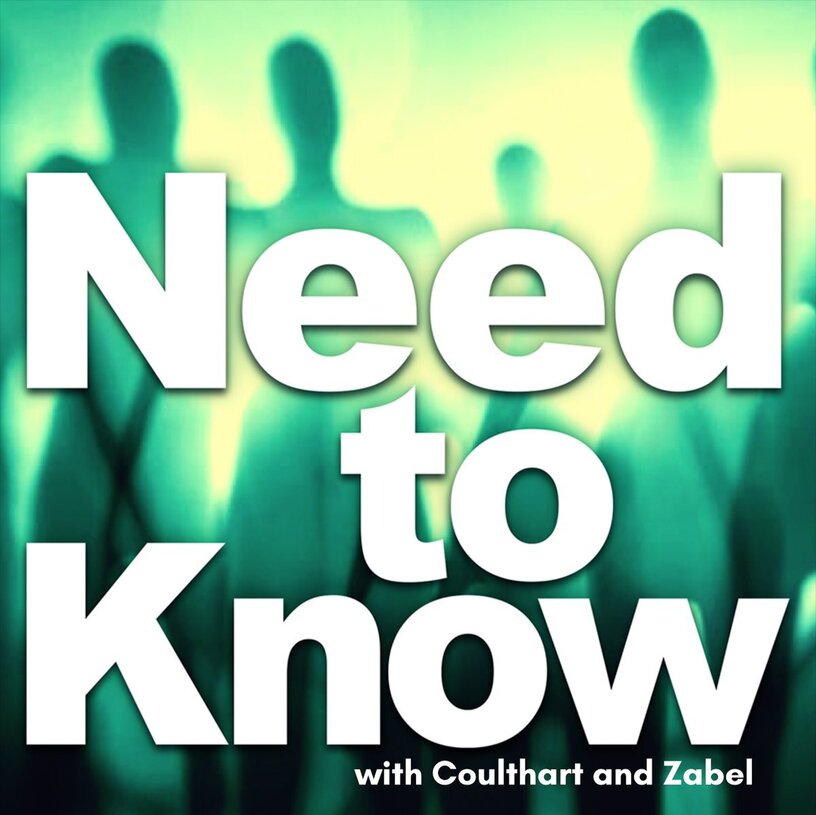 Image: Need to Know Podcast/Zabel-Coulthart​
If you are not listening to Need to Know, you are missing out on a phenomenal podcast. Two powerhouses of UFO knowledge teamed-up during the brunt of the global COVID-19 pandemic to analyze and discuss the latest and greatest events developing around the UAP/UFO issue.

Bryce Zabel, a renowned American television producer, director, writer, and scholar; is the co-creator of the critically-acclaimed sci-fi television show Dark Skies, a conspiracy-based, 20-episodes series depicting an alternative historical narrative of the 20th century where the US Government is discovered perpetrating an alien cover-up of global magnitude.(sounds familiar?)

Award-winning, Australian journalist Ross Coulthart joins Bryce Zable as co-host of Need to Know. Ross is a top investigative reporter and author of the best-selling book In Plain Sight, a powerful, non-fictional, literary masterpiece on unidentified aerial phenomena. Together, the dynamic duo maintain a refreshingly casual atmosphere during their online broadcast while treating the issues addressed on the show with the upmost degree of gravitas that such topics deserve.

Zabel and Coulthart, who have yet to meet in person, are inviting the audience to join in on a world-class, illuminating discussion that is already receiving excellent social media reviews. As the podcast matures, Zable and Coulthart are considering expanding the frontiers of the show by bringing distinguished experts in the field to participate in the conversation and increase the combined body of UFO knowledge our community is known for. In this thread, we are embedding all the episodes currently available for your listening pleasure.