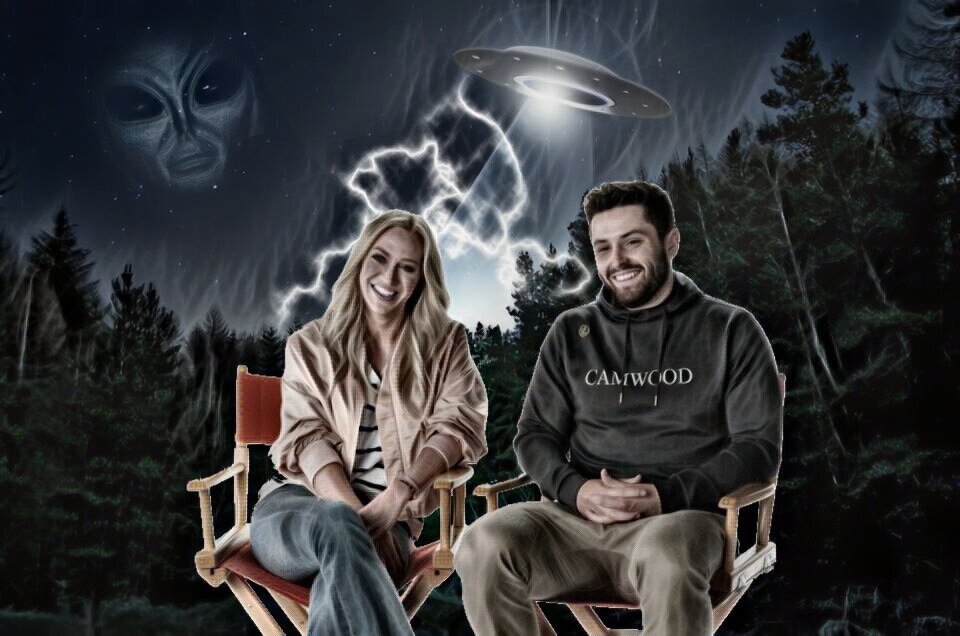 Image: Progressive/Pixabay​
Noted Cleveland Browns' quarterback, Baker Mayfield, revealed on his Twitter account the extraordinary UFO sighting he and his wife Emily witnessed on their way back from dinner on the evening of March 3. Mayfield describes seeing a luminous object falling from the sky and heading towards Lake Travis, a reservoir on the Colorado River in central Texas: 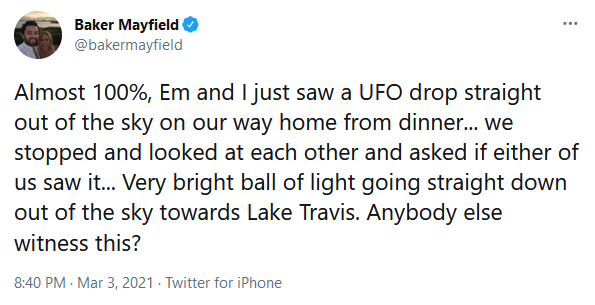 Image: Baker Mayfield via Twitter
​
As expected, the tweet went viral on social media and prompted a slew of responses ranging from criticism to support and even a ribbing from famous quarterback Tom Brady, who questioned a sports reporter about Mayfield's sighting by asking him: "How do you know I’ve never seen aliens Colin?" Baker Mayfield can now count himself among other famous sport figures who have had an encounter with an unidentified object - an experience that (depending on who you ask) may or may not be career-enhancing.
Share:
Facebook Twitter Reddit Pinterest Tumblr WhatsApp Email Share Link
Top Bottom