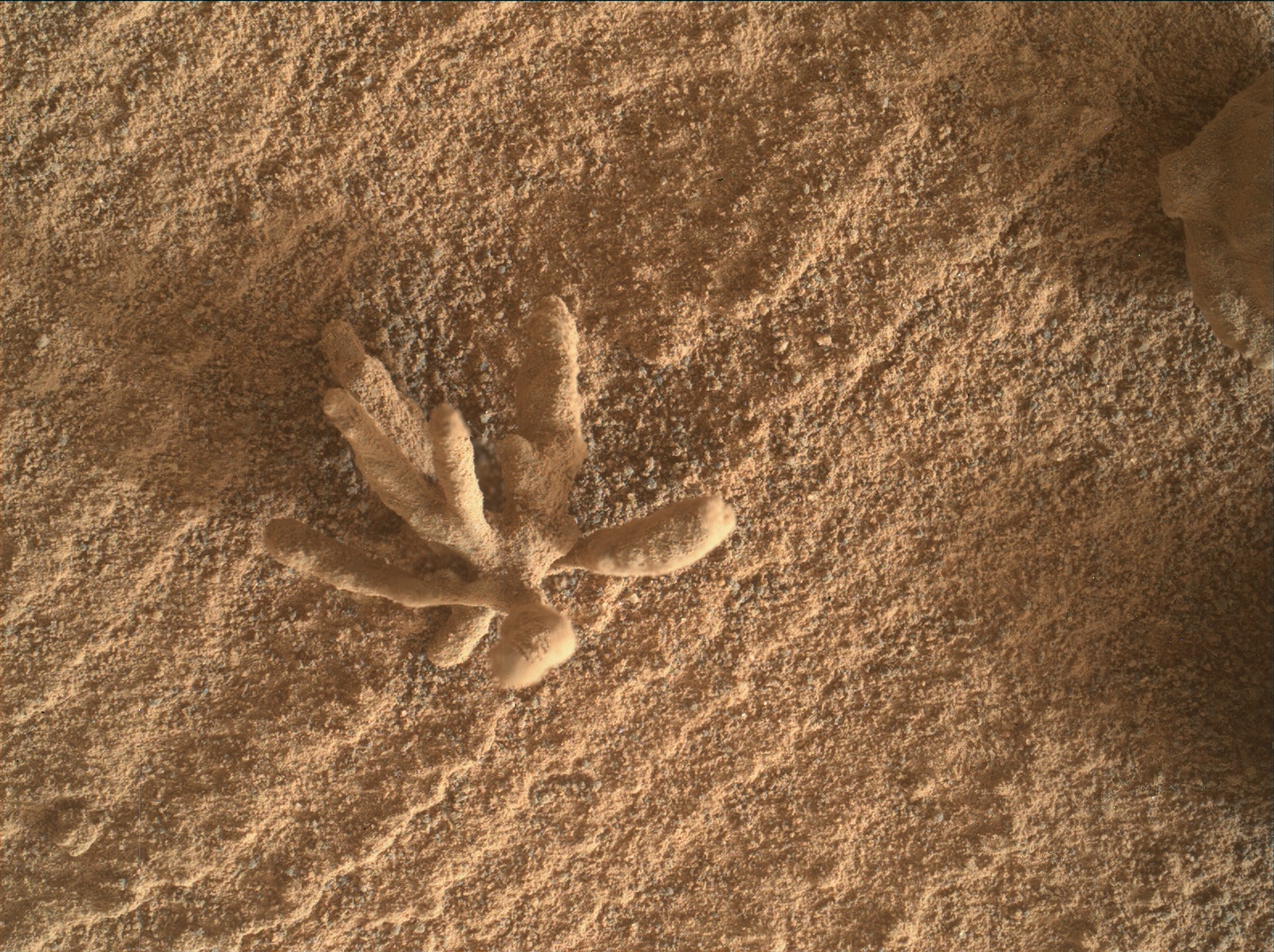 Image: NASA​
NASA just released an intriguing image taken by the Curiosity rover that has the internet buzzing. On February 25, or Sol 3397 for those who keep track of Martian mission time, the Mars Hand Lens Imager (MAHLI) focused its eye on a curious formation protruding from the soil estimated to be no more than an inch tall. The onboard camera, designed to capture high-resolution pictures of small terrain features on the red planet, took a series of photographs of the anomaly over a period of several days and then merged them to make the composite image posted above.

At first glance, the odd formation appears to be some kind of fossilized plant or even the calcified skeleton of a coral - a marine invertebrate found in tropical oceans. Because planetary scientists hypothesize that Mars experienced an epoch where liquid water flowed in abundance over the surface of the planet, the possibility exists that various life forms could have arisen under these favorable conditions. Those hoping for definitive proof that Mars had a thriving biosphere, latched onto this latest NASA release as evidence of their most cherished expectations. The excitement, however, was short-lived.

Experts now confirm that the plant-like formation is nothing more than a mineral growth akin to cave helictites found on Earth. Although the branches resemble biological appendages, they are most likely made out of calcite and other minerals pushed to the surface by the capillary action of water seeping from the Martian soil. While this didn't turn out to be the discovery of the century, it is nonetheless another interesting geological commonality the red planet shares with ours. 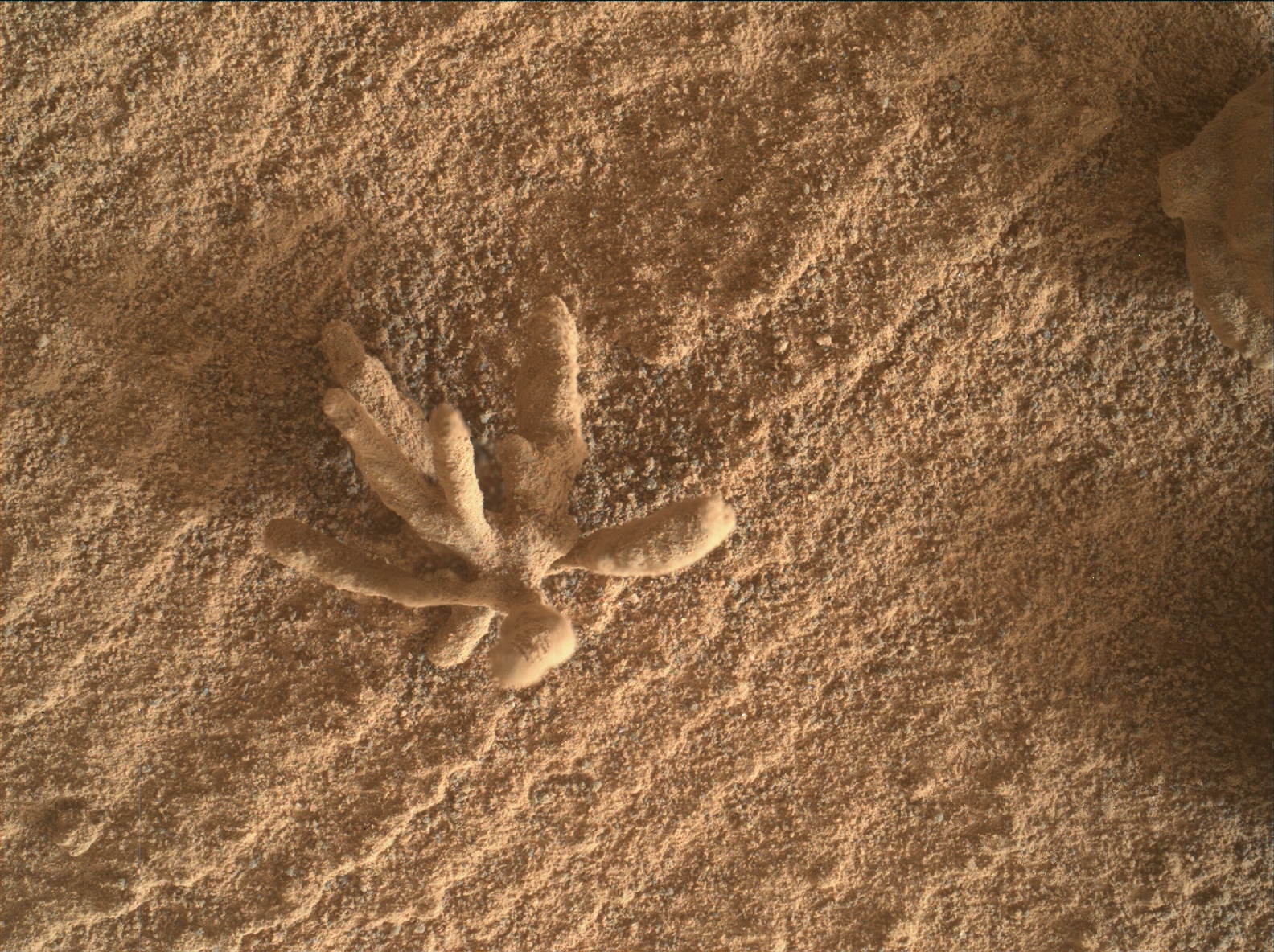 Using an onboard focusing process, the Mars Hand Lens Imager (MAHLI) aboard NASA's Mars rover Curiosity created this product by merging two to eight images previously taken by the MAHLI, located on the turret at the end of the rover's robotic arm.Curiosity performed the merge on February 25... 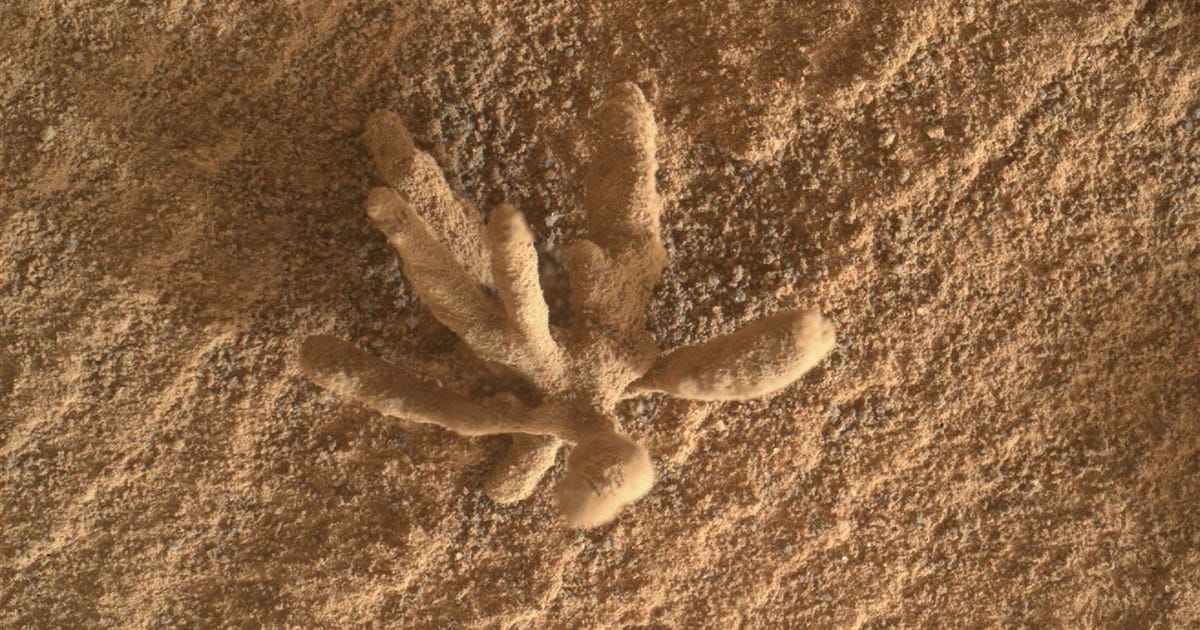 There are no coral reefs or fossilized flowers on Mars, but there's a lookalike.