Anyone have any thoughts on this or even care about it...?
A long Wiki piece ..read only if you are bored or don't know anything on it https://en.wikipedia.org/wiki/QAnon
I was listening to CNN the other day and this reasearcher who spent months looking into it brought up the fact that it seems to be attacking several aspects of democracy in it's actions, yet most think it to be an Amercian right wing conspiracy nut group....but what if it were instead a Russian or Chinese attempt to screw with American ideals and elections..?
H

Not sure what the policy is on politics here.

But I don't think it is a foreign creation.

I am seeing it as some deep seated resentment between the two parties that is designed to resurrect the old national divide.
Something very dangerous. Particularly in a country where huge numbers of the population are armed to the teeth and many have for years been anti-government.
Maybe Trump is the catalyst they have been waiting for.

You don't need any outside power spreading dissention. Trump himself takes every opportunity to tell his followers that the election was rigged. And his lackys say the same. If that's what people are having drummed into them then it creates doubt in every democratic mechanism. And thus anarchy will be the rule.

I don't live there, so can only express my view as an outsider.
D

Thanks for the feedback....the mainstream thinking is that it is some far right Republicans who hate Dems but with all the foreign intervention in the past elections it would not surprise me if it were a foriegn actor.
QAnon is more than just politics imho....it qualifies as conspiracy and this forum is called 'geopolitical conspiracies'...btw....so it should fit 'right' in...no pun intended.
H

Someone on CNN last night put i tlike this.

The basis of Republicanism is patriotism.

So he can feed them anything he wants and they will believe him...because he is the President.

There is one thing for sure. The Republican Party will spend the next four years undermining anything Biden tries to do. Same as they did to Obama. And when the next elections come up you will go through all this again.

There appears to be a reasonable chance that Trump is someway involved with the Russians via his financial dealings. when he is out I would suspect the digging into this to get serious.

We can only hope that as Trump ages he is unable to be involved in politics as time goes on... and I hope the Republicans grow up and act less like a**holes...there is always hope. Patriotism has been coopted by the Republicans over the last 30 years but I think plenty of Dems are patriots. Since the GOP is backwards (conservative or stagnant ) when it comes to social and cultural ideas they have attached themselves to flag waving.
I don't think there is any question Trump has had Russian business deals in the past...not sure if any of those have anything to do with his presidency though. I would love to see him take a hit on corrupt deals like he's trying to pin on Biden's son but he's the king of delay tactics. He'll prolly manage to string them out until he dies.
H

I understand there is some controversy about him using Mar a Largo as a residence. Something about only being allowed to live there 21 days a year as it is registered as a club.
D

HAL said:
I understand there is some controversy about him using Mar a Largo as a residence. Something about only being allowed to live there 21 days a year as it is registered as a club.
Click to expand...

He managed to break many rules like that during his time in office...doubtful he will ever pay for them....but it would be awesome to see him get some huge fine or even threatened with jail.

Dr Wu said:
He managed to break many rules like that during his time in office...doubtful he will ever pay for them....but it would be awesome to see him get some huge fine or even threatened with jail.
Click to expand...

The problem is that after a while one gets to the point where it's impossible to believe anything about anything.

This is what has killed the ufo scene.

And it is exactly what anarchists want.

Even though it means they can't even believe what they originally started out believing.
D

No idea what that means.....could you translate?

Returning to QAnon...I find it hard to believe that the intel agencies don't know who Q is...the NSA allegedly knows everything about everyone and can trace or tap into all phones, cellphones, and internet sites. So...someone on the inside knows who is behind QAnon but they ain't sharing with the public.
H

Dr Wu said:
No idea what that means.....could you translate?

Yes...the Qanon slogan....I had forgot that.
...as I said I am certain that insiders in the gubbermint know who is behind Q but for whatever reason they aren't leaking that info to the media.
H

It's all getting very complicated.

I've even forgotten who's side Robert E Lee was on.
D

HAL said:
It's all getting very complicated.

I've even forgotten who's side Robert E Lee was on.
Click to expand...

Going down to catch some US news.

I suspect the whole Qanon thing has been exploited by anyone with an extreme political agenda.

In the early days, right up to the first split Anonymous had an arguably noble agenda with a code of conduct.
Then they split, now years later anybody who has read Orwell or can crack a password claims to be part of Anonymous. Its just not true.

So I imagine it is the same with Qanon, you start out with a small bunch of crazies, and now every crazy with an axe to grind claims affiliation.

But like anything, cut of the head of the snake and it dies, but then it also creates a vacuum for another snake.
D

Its weird grammar in my head, I always though Where 1 Goes We All Go would make more sence.
W1GWAG, but then that's Wigwag. lol
Uncool acronym for a self proclaimed revolutionary group. Brings up an image of the Wiggles :)
D 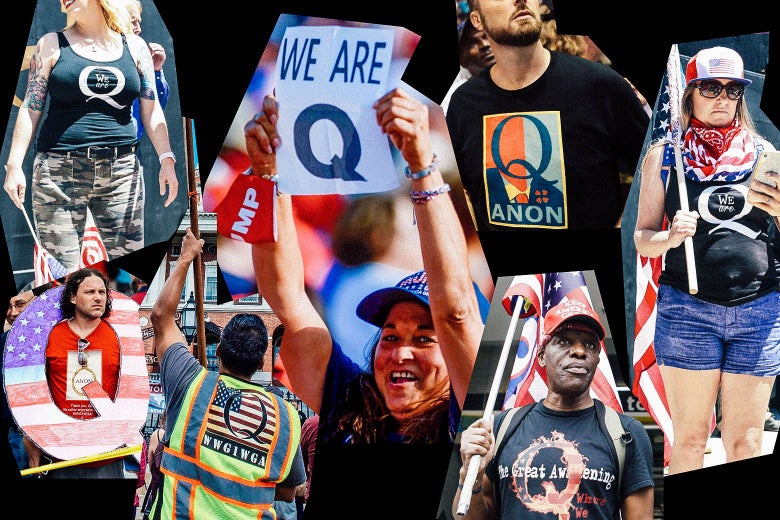 Was the Identity of Q Really Just Revealed? Here’s Everything We Know.

The story behind QAnon is becoming as weird and winding as the conspiracy theory itself. (It doesn’t have satanists, though.) 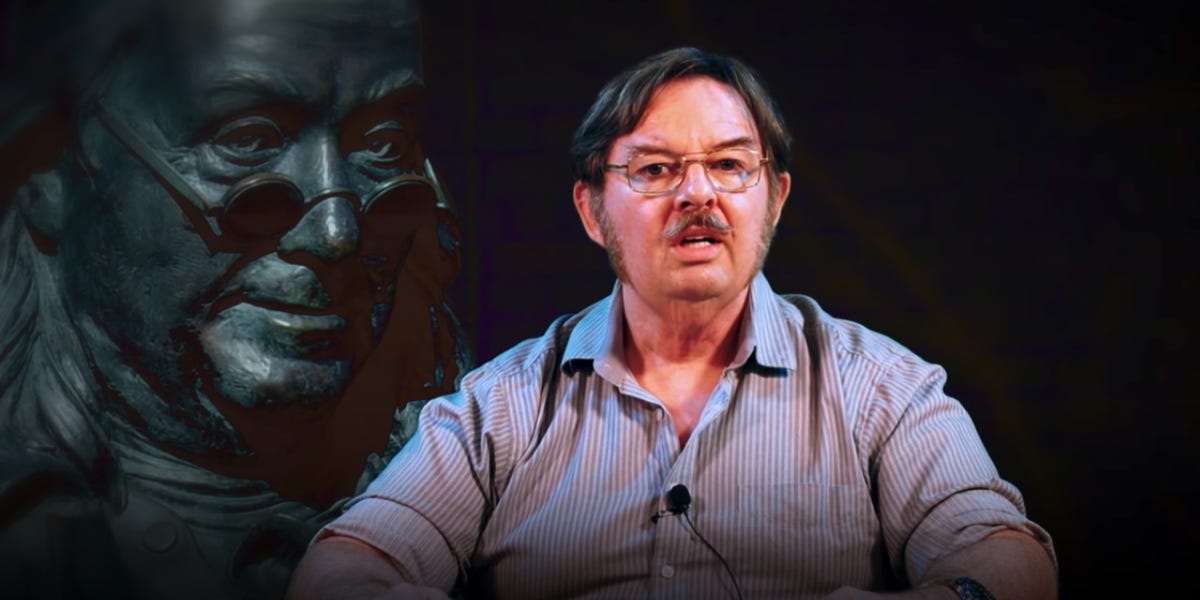 Who is Q? Why QAnon's ringleader may have been hiding in plain sight all along

QAnon researchers have long suggested that 8kun's owner and operator led the theory. Speculation continues to center on Jim and Ron Watkins.