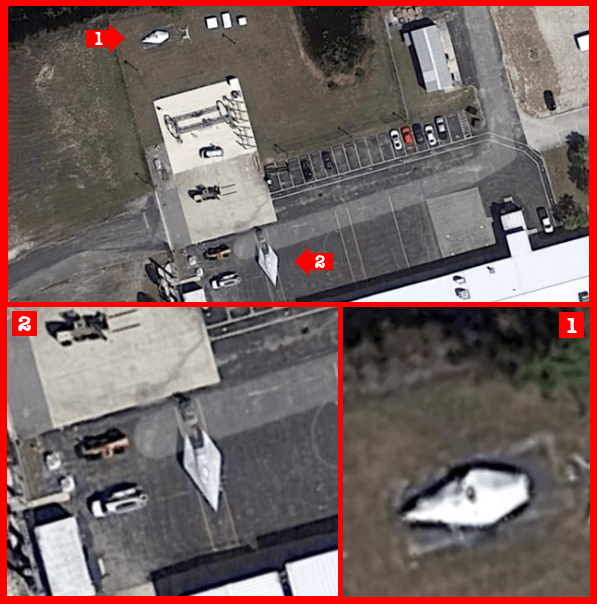 Image: YouTube​
Pratt & Whitney, a subsidiary of Raytheon Technologies is allegedly in possession of advanced alien technology yet-to-be-disclosed to the public, conspiracy theorists say. The company's West Palm Beach, Florida installation, tasked with the development and maintenance of advanced propulsion systems, was discovered housing two futuristic-looking aircraft not seen in any Earth inventory.

UFO researchers found the arrowhead-shaped vehicles on Google maps and immediately speculated whether they were looking at some advanced prototype of a next-generation fighter: It looks like no sort of public aircraft that has ever been disclosed. It looks like a hypersonic craft or spacecraft of some type. Is this some sort of UFO? It is outside of a building belonging to aerospace company Pratt & Whitney, which develops engines for civilian and military projects so could be involved in secretive stuff, Tyler Glockner said.

While the UFO world is stoked about the find, coolers heads (ass)ess that these objects could be geometrical models used by the company to test radar cross-sections, or even speedboats used on the nearby swamp. Whatever the objects may turn out to be, soon after the images went viral, Google pixelated the (classified?) area of the map where the images were located.
Share:
Facebook Twitter Reddit Pinterest Tumblr WhatsApp Email Share Link
Top Bottom