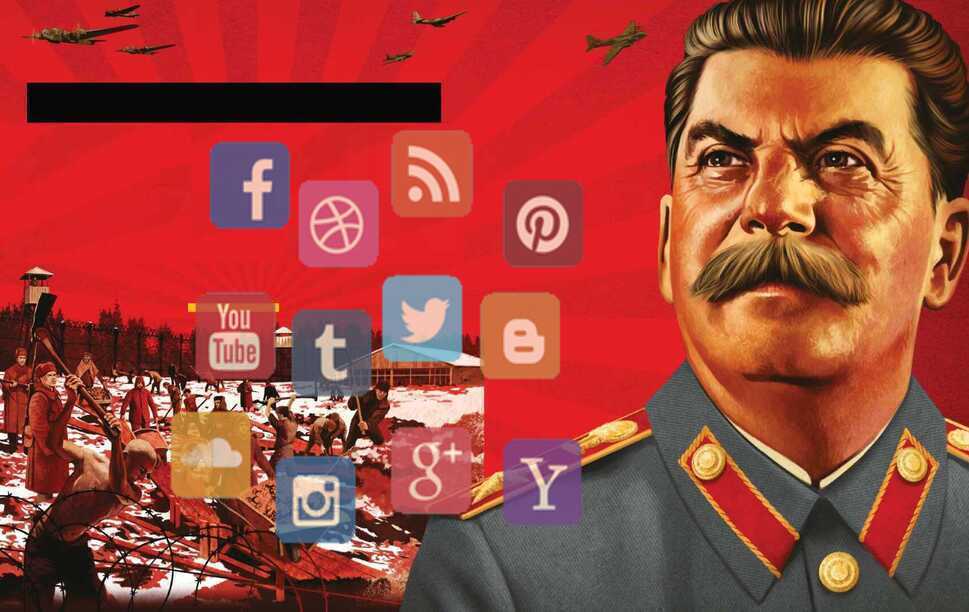 Image: Pixabay​
The trifecta of social media platforms are in a purging mood. And October is their month to get rid of the undesirable, the unwanted, and the unworthy. Earlier this week, Twitter gagged a New York Post article purported to show controversial evidence of international corruption and bribery related to Hunter Biden, the son of presidential contender Joe Biden. Andy Stone, a life-long Democratic Party operative who now works for Facebook, took what many considered to be Stalinistic measures to curtail the spread of unverified and possibly illegally-obtained information on the popular site: 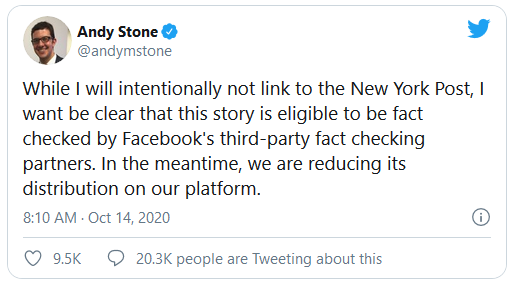 Image: Andy Stone via Twitter​
Twitter for their part, joined in the censure campaign and took it up a notch, prohibiting users from retweeting the story: 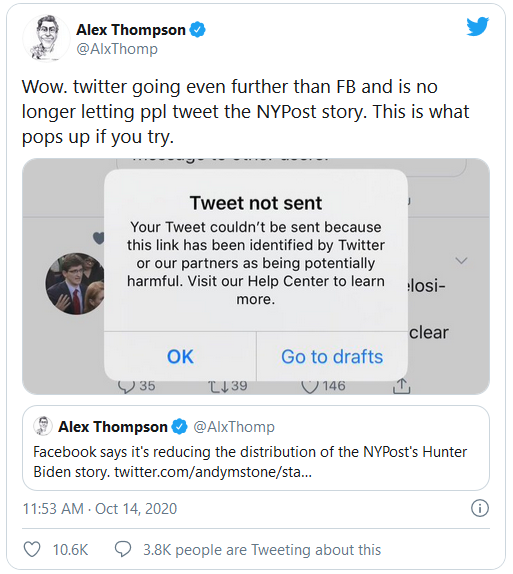 Image: Alex Thompson via Twitter​
YouTube, not to be left behind on the mad purging dash, permanently suspended hundreds of alternative-right, Trump and QAnon friendly accounts for terms of service violations. Critics of social media believe that these recent actions by the Silicon Valley giants could signal a definite shift in the political leanings of the platforms to a more radical left-wing stance, though spokespersons for the companies deny such allegations. What are your thoughts? Should social media police the political content on their platforms even if it comes from reputable sources such as the New York Post?
D

It's a tough one. The problem stopping the fair use of social media is the people themselves. Wile we have liers and crazies its always going to be a madhouse. I firmly believe in free speech. But by definition that's going to provide a platform for crazies and corruption. And what I call crazy others may not. To say nothing of political bias. Once you start censorship of peoples opinions all the biased views and political views come into effect. I think it should be all or nothing. Leave it as a free for all with the exception of anything that can hurt people. Bullying and all the illegal stuff and leave it to the people to decide what to believe. Like the internet used to be decades ago.
Reactions: LETA

Staff
Too right, Dundee. Unfortunately, there are many ppl who are easily influenced by fake propaganda, and they are the kind who take matters into their own hand. Nanny social media is trying to prevent nutters from going bezerk, but at wut cost? It is a slippery slope :-0
Reactions: Area201
D

Yeah it's a tough one. I think it would help if people would just be a bit more tolerant and reasonable. If some crazy thinks Trump is a reptilian... Who cares unless it is giving your kids nightmares. If it is, we'll that's your failing not the crazy. You should educate and monitor what your kids do. People should take more responsibility for themselves and stop blaming the world for their own problems.
H

Maybe this quote from Bob Woodward's book "Fear' sums it up. On more than one level. Apparently it's one of Donald's favourite poems
It's about a woman who saves a snake.
Here are the last few lines.

'She stroked his pretty skin, and kissed and held him tight.
But instead of saying thank you, that snake gave her a vicious bite....
'I saved you' cried the woman, 'And you've bitten me , heavens why ?
You know your bite is poisonous, now I'm going to die'.

'Oh shut up, silly woman' said the reptile with a grin.
You knew damn well I was a snake before you took me in'.

Yes folks, y'all knew his record.
HAL
Reactions: Dundee
A

Interestingly, most of my conservative right-wing news comes from Facebook (Hodge Twins and An0moly pages). Then I get a lot on Twitter the same. I don't see the censoring as much as people claim exists, though I'm sure some does. The bottom line is that people need to take responsibility and use their own discernment, always check any bold statements opposing views.

One problem I encounter, is that many conservatives or whatever they call themselves, tend to b*tch and whine when fact checking sites like Snopes or FactCheck.org reach a conclusion they don't like. Even Forbes news is attacked for basic climate change awareness. They can't handle the truth in many instances.
Last edited by a moderator: Oct 17, 2020
Share:
Facebook Twitter Reddit Pinterest Tumblr WhatsApp Email Share Link
Top Bottom