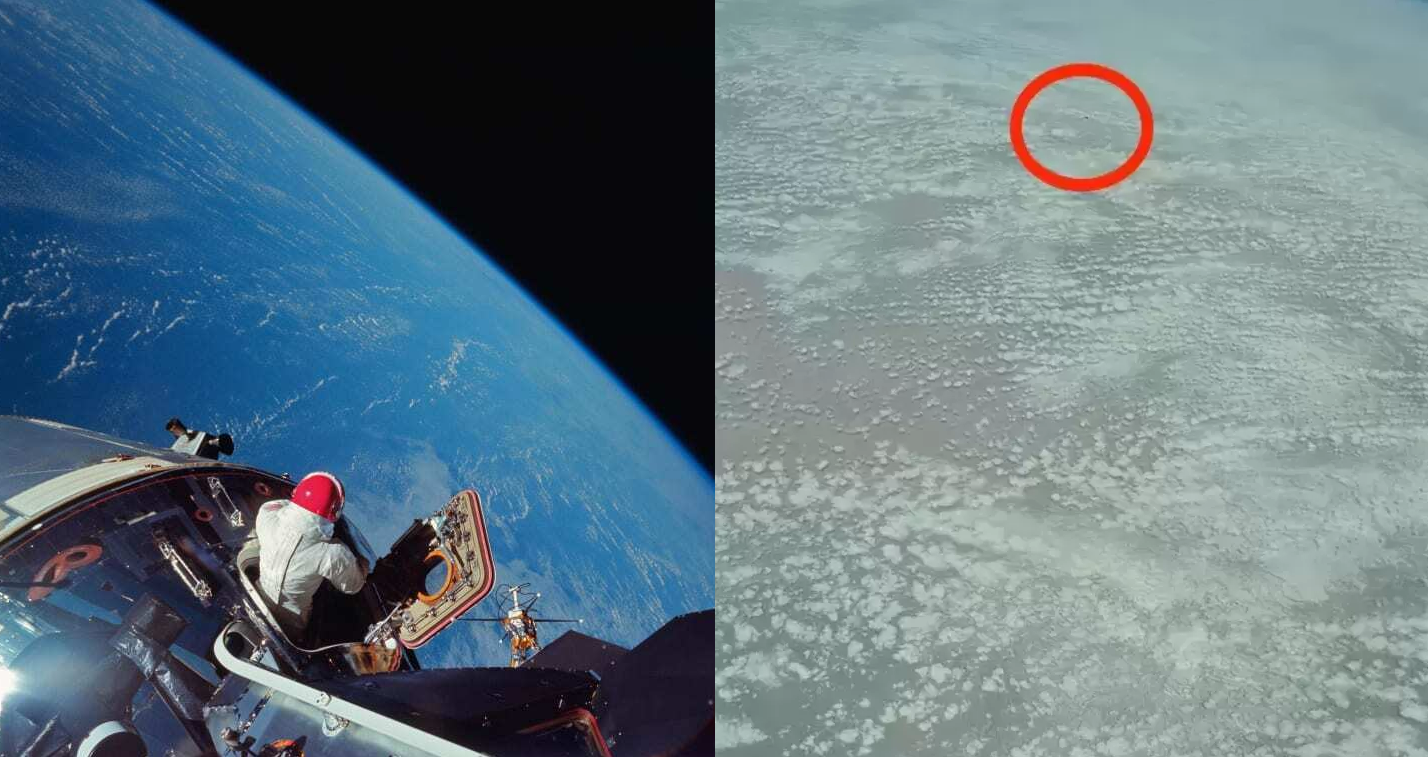 Image: NASA​
Between March 3–13, 1969, NASA conducted the third human spaceflight of the historic Apollo program. On this particular mission, Command Module (CM) Pilot David R. Scott exited the CM Gumdrop to perform an Extra-Vehicular Activity meant to test the Portable Life Support System prior to its use on the upcoming moon landings. Attached to the command module, was the Lunar Excursion Module Spyder, a prototype later flown to the Moon.

Crucial activities of the orbital mission were documented for posterity. One of them, was the iconic photograph of NASA astronaut David Scott as he made his way out of the module's hatch for a scheduled spacewalk. It was during this activity that a cosmic interloper was inadvertently captured on film.

In the image, Earth can be seen in the background with a slight cloud cover. Although at first glance nothing out of the ordinary is noticed in the film, a closer look reveals what appears to be a mysterious triangular-shaped craft casually gliding above the overcast, almost touching the edge of space.

It is unknown if this peculiar object escaped the astronauts' attention as they snapped the photo, but it is remarkable that an eagle-eyed youtuber spotted it several decades later. The pic - now gone viral - is causing internet denizens to scour NASA's archive in search of more hidden UFO gems.