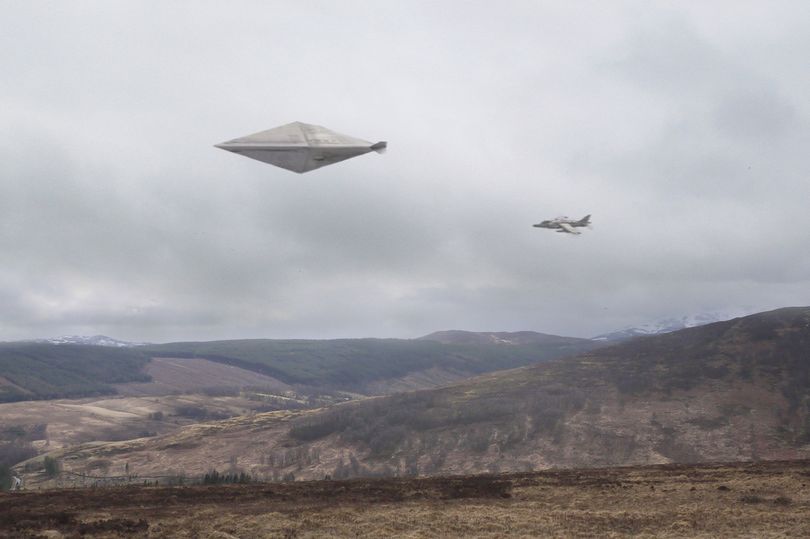 Image: Cynon Valley Leader​
On August 4, 1990, a remote and nondescript town located in the Scottish Highlands gained world notoriety when it became the stage for one of the most enigmatic and classified UFO sightings in the United Kingdom. As per Ministry of Defense (MoD) declassified records, the main witnesses to the otherworldly encounter were two locals out and about on a summer hike near Calvine, a town in the county of Perthshire.

According to the narrative of the event published in the Scottish Daily Record, the two men were making their way across the sloping hills when they suddenly noticed a large diamond-shaped object in the sky, approximately one hundred feet in length and moving slowly over the countryside. Much to their surprise, the strange object was apparently being followed by Royal Air Force jets, which were observed circling the UFO at a distance.

This would have been yet another ordinary UFO sighting if it weren't for the fact that one of the witnesses took a series of clear photographs of the craft, one of which allegedly captured one of the military jets in the background. The story and the photographs not only made headlines in the local news outlet, but also attracted the attention of the Ministry of Defense, which immediately set into motion a plan to confiscate the visual evidence and keep it out of public reach until the year 2072.
Share:
Facebook Twitter Reddit Pinterest Tumblr WhatsApp Email Share Link
Top Bottom