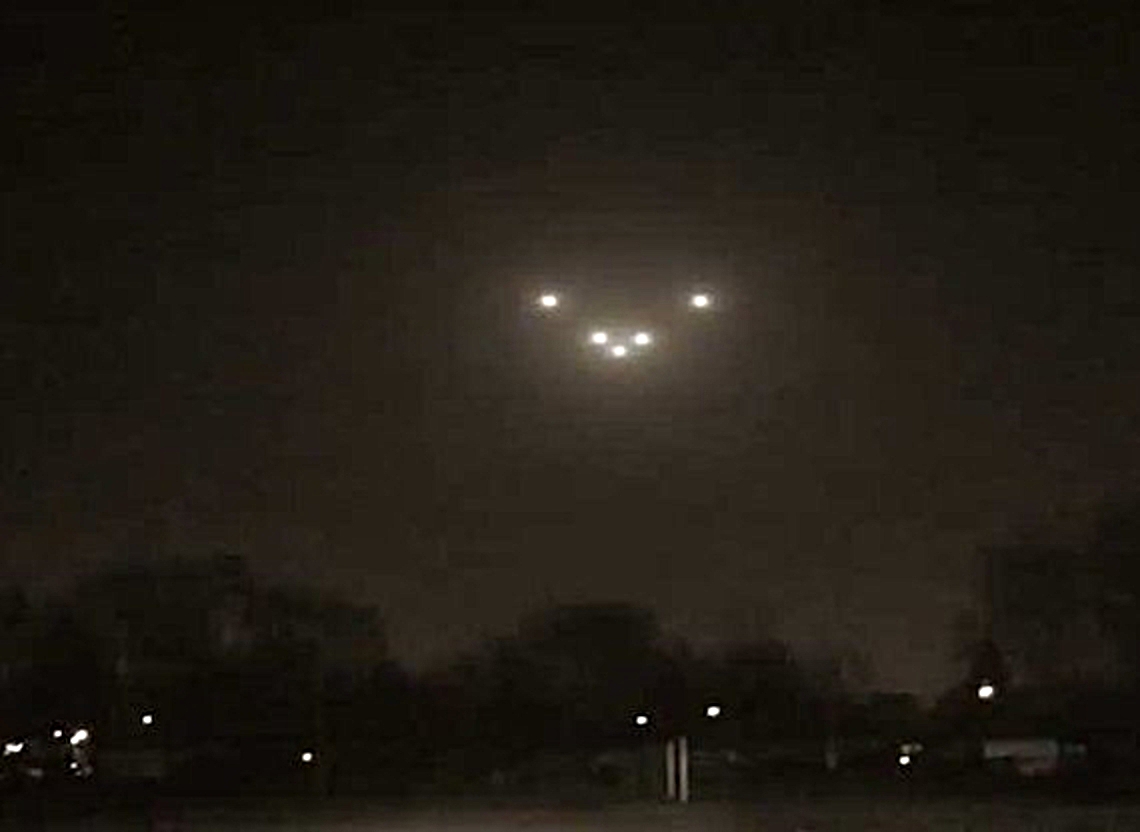 Image: Photo of the Phoenix UFO​
This year marks the 25th anniversary of the famous mass UFO sighting known as the Phoenix Lights. The March 13, 1997 event had a profound impact not only on the residents of the state of Arizona, but the whole world. In the early evening hours of that fateful day, a humongous boomerang-shaped object was seen gliding silently over the skies of Nevada, Arizona, and the Mexican state of Sonora. According to perplexed witnesses, the unidentified craft measured at least a mile from wing tip to wing tip and had a shimmering, opaque fuselage that reportedly eclipsed the starry background as it eerily transited above the southwestern territories.

As sightings of the peculiar craft waned, reports of mysterious triangular light formations appearing over the Phoenix Valley waxed in frequency, culminating in a massive collective hysteria that could no longer be ignored. Feeling the pressure of his constituency, then-Governor Fife Symington made official inquiries to Luke Air Force Base without much success. The Air Force - eager to quell the growing concerns of the population - later put out a cockamamie story of nighttime training exercises and magical decoy flares that defied conventional physics. In this thread, we'll explore the Phoenix Lights sighting by posting relevant material to the story.