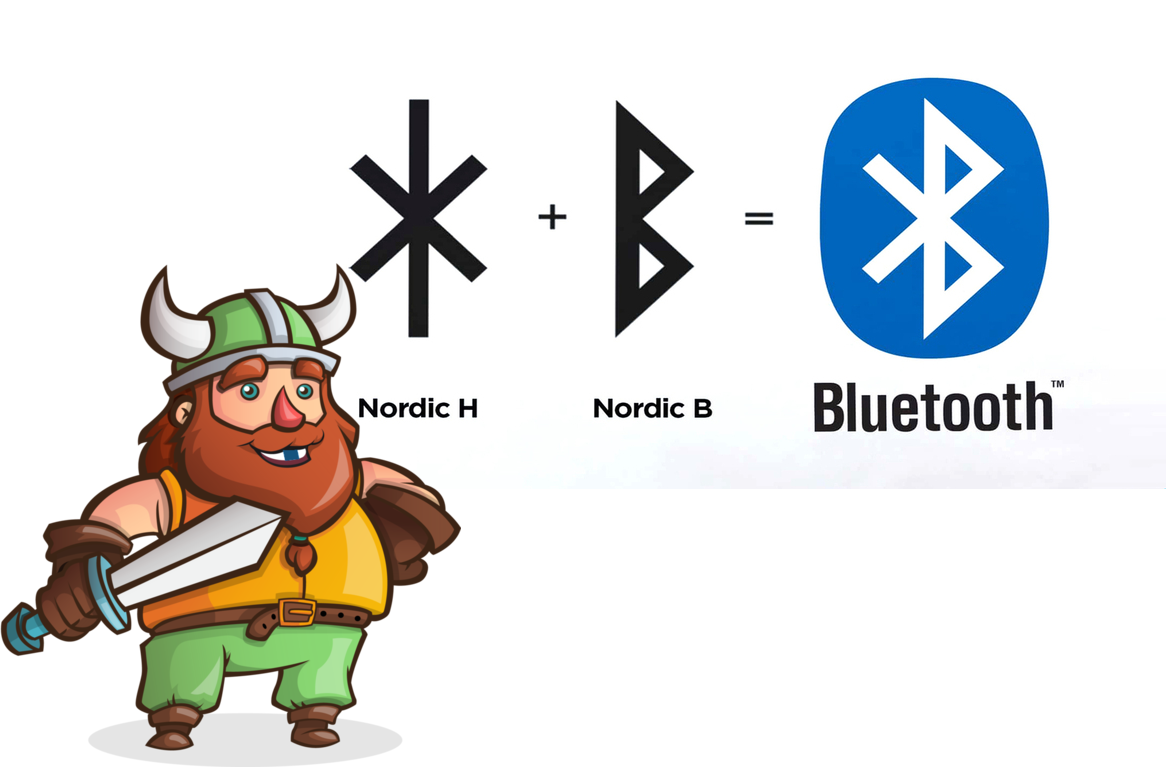 Image: Vectorcharacters/Bluetooth​
That's right. The short-range wireless technology is named after a famous Viking king you've probably never heard of. Harald “Bluetooth” Gormsson, ruled as King of Denmark from AD 958 to 986. Known for his bravery in battle, Harald is credited with consolidating the economic and military power of Scandinavia, as well as introducing Christianity to Denmark. But even though his wealth and might were exceedingly abundant, it were no match for tooth decay. According to lore, King Harald earned the nickname "Bluetooth" for having an unsightly blue-black tooth - a clear sign of dental deterioration.

For many decades, archaeologists and historians searched for clues leading to the final resting place of King Harald. The actual burial place of "Bluetooth" was lost to historical record due to the fact that pagan traditions placed the king's tomb among the many royal mounds peppering the Danish countryside. But now, thanks to terrain-mapping satellite technology, the long-lost burial site of "Bluetooth" has been found underneath a local church in Wiejkowo, Poland.

The discovery of King Harald 'Bluetooth" Gormsson burial place closes the chapter on one of history’s most enduring mysteries. But most ironic of all, is how the advent of modern technology made it possible for a rotting tooth inside a king's mouth to gain him such popularity in modernity and amalgamate his place in wireless technology centuries after his death. A story you will have to read for yourself by following this link.
Share:
Facebook Twitter Reddit Pinterest Tumblr WhatsApp Email Share Link
Top Bottom