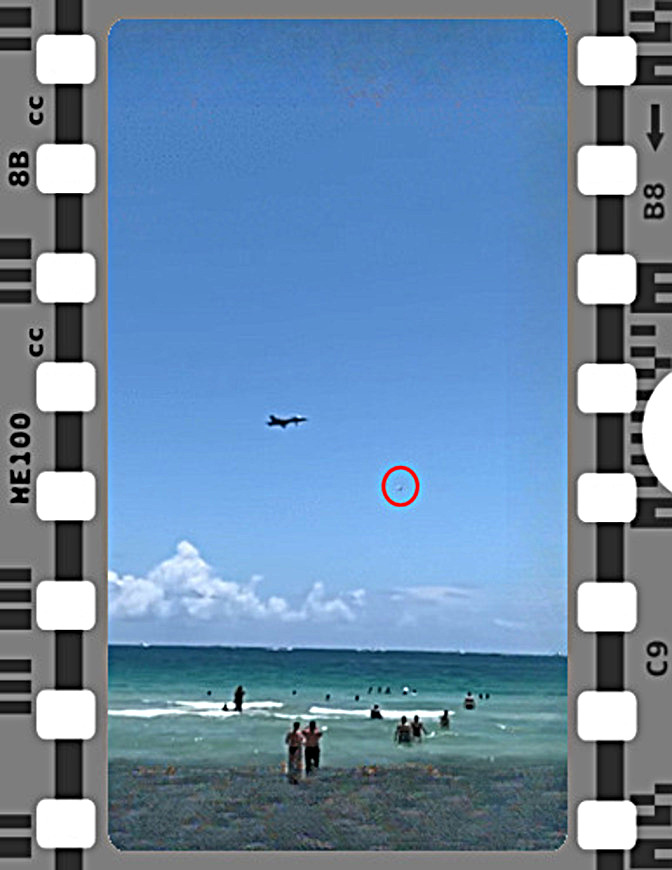 Image: David Sugarman​
This year's (2022) Memorial Day weekend was jam-packed with celebrations throughout the continental US. Citizens across America attended various events sponsored by their local governments and industry partners in order to pay festive homage to the brave men and women of our armed forces who lost their lives defending the freedom we enjoy.

The Hyundai Air & Sea Show - an annual event sponsored by the automobile manufacturer - returned to the City of Miami Beach with an spectacular event of military showmanship. The two-day festivities included street parades featuring all five branches of the service as well as cigarette boat racing, Motocross stunts, top jet skiers, parachute teams, and all manner of military equipment displays.

Attending this noteworthy occasion, was David Sugarman, a Florida resident and retired NBA agent who managed to capture incredible footage of what appears to be an unidentified object shooting out of the water right in front of an approaching military jet.

Mr. Sugarman, who claims he never noticed anything unusual while filming, was later gobsmacked to see a fast-moving UAP on his mobile device. The video, posted to Mr. Sugarman's Twitter account, has gone viral and garnered the attention of multiple media outlets, who believe Sugarman may have recorded something "out of this world."