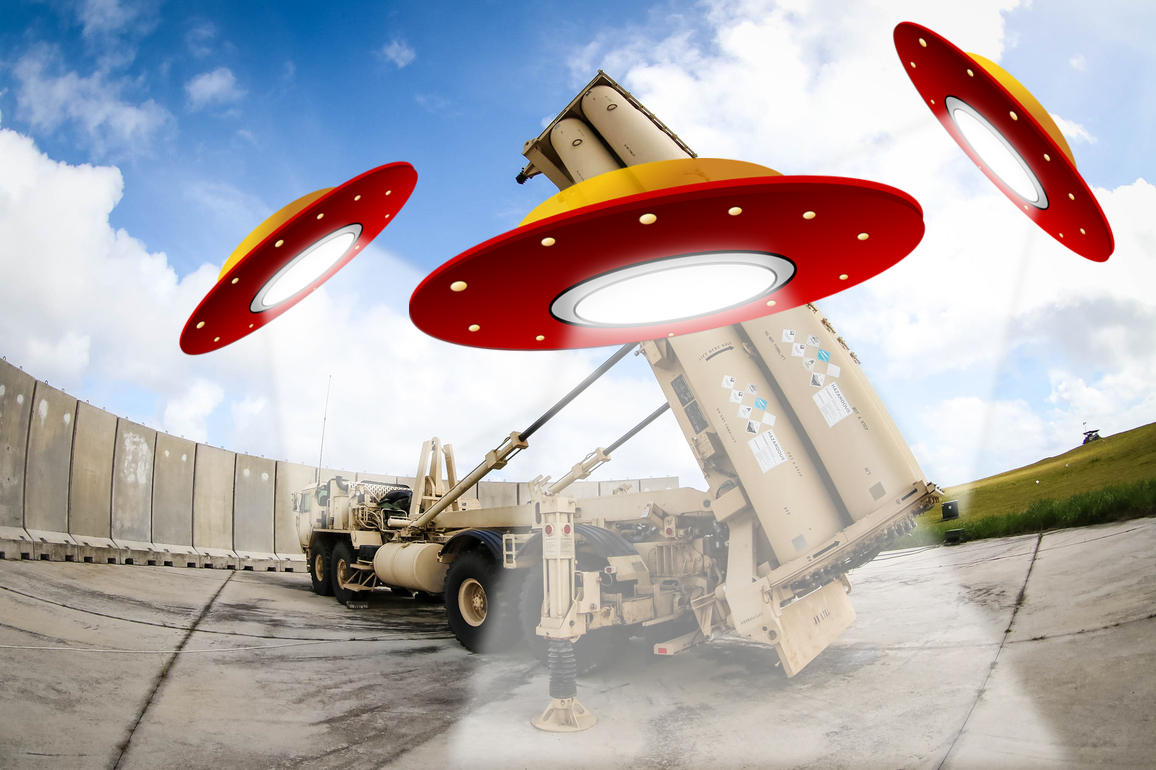 Image: DOD​
The island of Guam in the Western Pacific is an important enclave of strategic defense for the United States. Should China or North Korea decide to launch a surprise attack on neighboring nations, Guam is more than capable of responding with overwhelming firepower. Home to the U.S. Indo-Pacific Command (INDOPACOM), the island boasts of a number of military bases equipped with the latest and greatest deterrence and offensive systems.

Of particular interest to us, is the Terminal High Altitude Area Defense (THAAD) battery. This marvel of bellicose technology is an "anti-ballistic missile defense system designed to shoot down short-, medium-, and intermediate-range ballistic missiles in their terminal phase (descent or reentry) by intercepting with a hit-to-kill approach."The presence of such a formidable defense platform on the Micronesian archipelago seems to have attracted the attention of unwanted snoopers, tho.

In the winter of 2019, an undetermined number of UFOs were observed flying over Andersen Air Force Base, where the THAAD batteries are emplaced. The unidentified objects, described by the base's sentinels as having a drone-like appearance, brazenly entered into restricted airspace at an altitude of no more than 20 to 30 feet above the ground while conducting what can only be described as a surveillance operation.

Reports obtained by TheDrive indicate that the unidentified aerial vehicles flew inland from an unknown location and made their way across the northwest part of the Air Force base while shining beams of light down on the THAAD launchers. Apparently, this activity went on for several nights, and the origin and nature of the intruding craft was never determined.
Share:
Facebook Twitter Reddit Pinterest Tumblr WhatsApp Email Share Link
Top Bottom