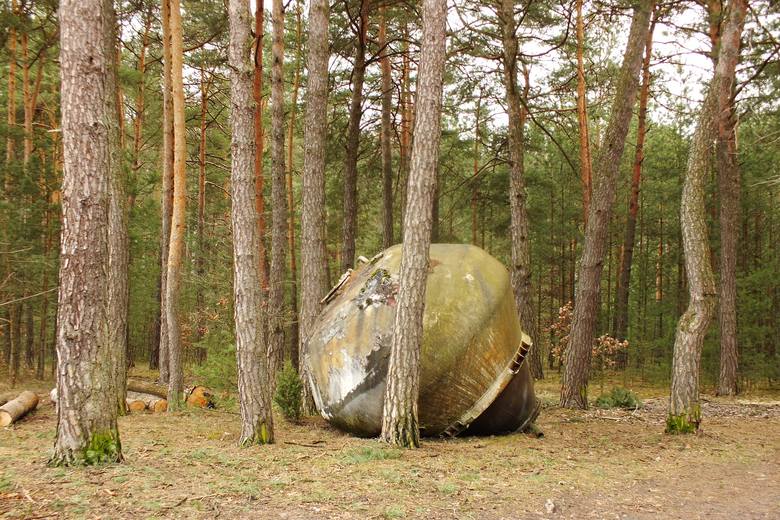 Image: Wojciech Domagała​
During one of his recent nature outings, fauna lover Wojciech Domagała wasn't expecting to have an encounter with a downed 'UFO'. But that's exactly what he found in a forest near the village of Ruda Zajączkowska, in Poland. The unidentified forest object, an acorn-shaped metallic structure of significant heft, seems to have been abandoned for quite some time based on its surface weathering.

Although the putative 'spacecraft' had no visible signs of a crash landing, Mr. Domagala did find several empty bottles of distilled spirits of earthly origin around the object, suggesting that maybe the navigators had one too many before ending up in the Polish woods.

After the local news published the story about the discovery, readers began to offer more mundane explanations about the possible origin of the debri, with some proposing that it could be the rotating drum of a concrete mixer and even an abandoned Soviet-era space reentry capsule. 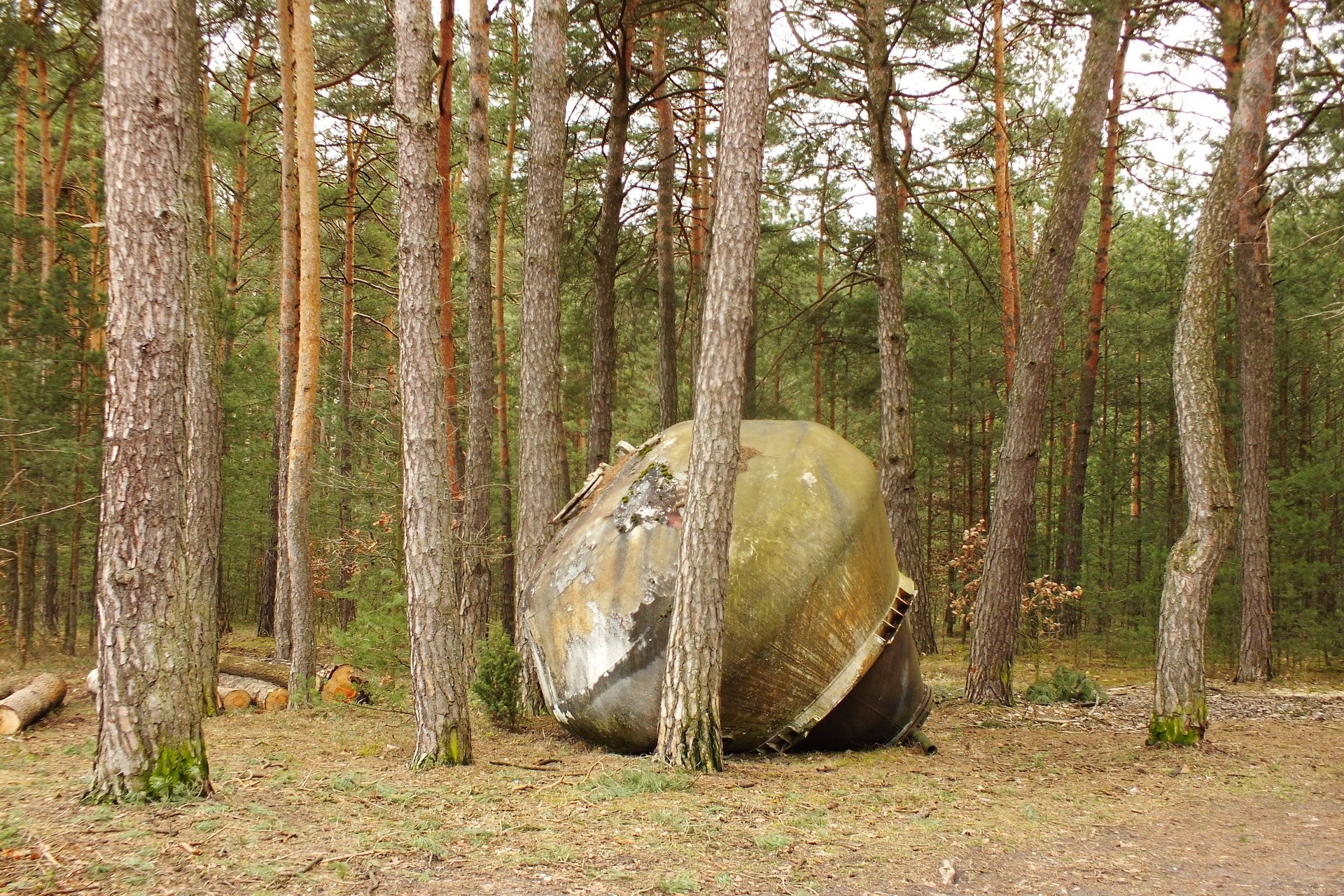