"The stereotype of the drunk Russian is common and widespread. The Russian alcoholic is, however, more than just a stereotype. Downing a bottle of Vodka, slurring his words and making a fool of himself, the Russian with a drinking problem is the result of four centuries of a systemic alcohol problem that is by now deeply ingrained within Russian society. More sad than funny, Russia's relationship with Vodka is built on a fascinating history of Tsars, peasants, industry, mercantilism, monopoly, population control, oppression, monarchy, authoritarianism, prohibition, communism, ideology and the abuse of addictive substances to create addicts that can be easily controlled and oppressed. Stretching from Tsar Ivan the third, to Cathrine the Great, to Nicholas the second, to Lenin, Stalin, Gorbachev up until today. And more than just a history lesson and explanation of Russia's current alcohol problem, this Russian history of the drink is also a foreshadowing and warning to all who try to ignore the Social issues, misery, and problems that come with widespread and systemic substance abuse."

I always wondered about the cynicism of saying "na zdrowie" or "to your health" when taking vodka shots (in communist Poland at least). Apparently the state also went with alcohol as a medicine propaganda. Ironically I like Vodka personally as a courage booster (in low doses), find it most efficient than drinking and p*ssing light beer.

Interesting also how many leading figures completely abstain from alcohol - Jordan Peterson, Donald J. Trump - though I'm sure everyone has their own vices.

I lived in a communist era "blok" building. But the one I lived was only 4 stories, more like a condo and I LOVED IT. The main thing that was great about it, was you could play with lots of kids outside all in one area - unheard of today. And it was also almost free.

The capitalist predatory contractors in contrast, here's what can happen if you get rid of state oversight severely - well see the results in the video. Where are the road contractors?

I've only seen two of this guy's videos, here he suggests he would be like a "democrat socialist" and a Bernie Sanders supporter. Bit too liberal for me. Maybe he himself over-idolizes US socialist democrats and SJW movements?. But he does provide an interesting insight from a modern young person's perspective on the realities in Russia.

This is a subject that has several layers, I think the video describes perfectly how people always tend to think "the grass is greener on the other side", when it's the same wherever you water it.

But there is something he touches upon - and that is something I only recently came to conclude - and is, I think, a base component for "racism" and "white supremacy". It is so taboo in fact, I only mention it when it comes up in discussion or debate. I'll let you guys figure it out.

Staff
I think you and I are on the same page regarding socialism, a201. I'm under no illusion that it is a better system that any other sociopolitical system, tho there are some good things to it.
Reactions: Area201
A

I wonder what caused it... wasn't your account too @LETA suspended or shadowbanned? 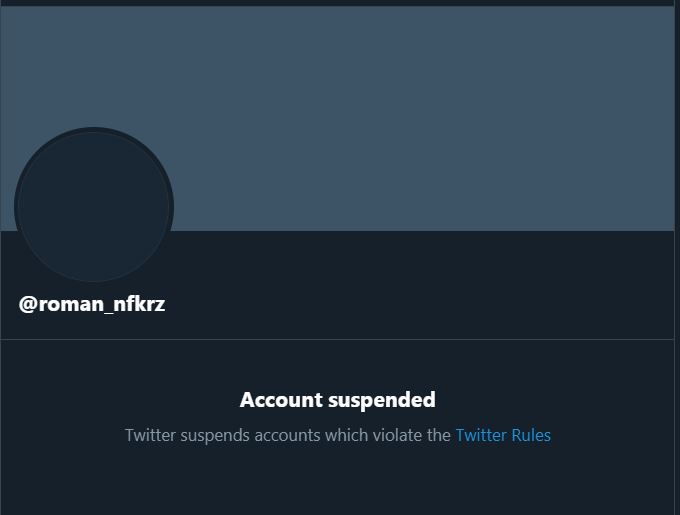 Staff
I deactivated my twitta acc and forgot to activate it before the 30-day period they hold it for you. By the time I went back, it was permanently deleted. Twitta staff told me they couldn't do anything about it. Too bad cus I had thousands of followers :/
Reactions: Area201
A

Slavic countries not so proud. Poland is last in the EU for LGBTQ tolerance with "LGBTQ Free Zones" even.

I become a socialist after a few beers...very social lol

After all the negative rants, Roman lists why he loves Russia.

These kids of corrupt politicians wearing more drip than the average citizen makes in a month or lifetime. At least Roman's drip, while of much less value, was all earned by himself from his hustle!

I'm in this FB group "Slavorium" and didn't know there were so many memes dedicated to slavic culture. Some are pretty good as I can also relate to them! I'm more American though, but slav is strong in the my DNA nonetheless. 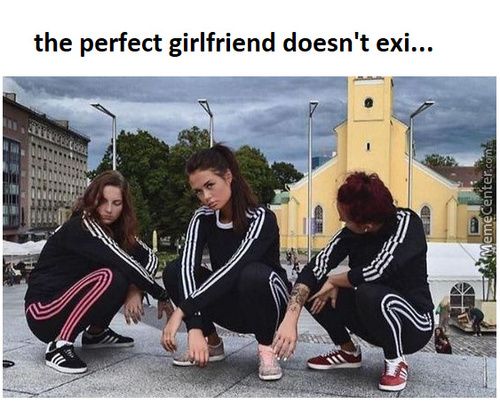 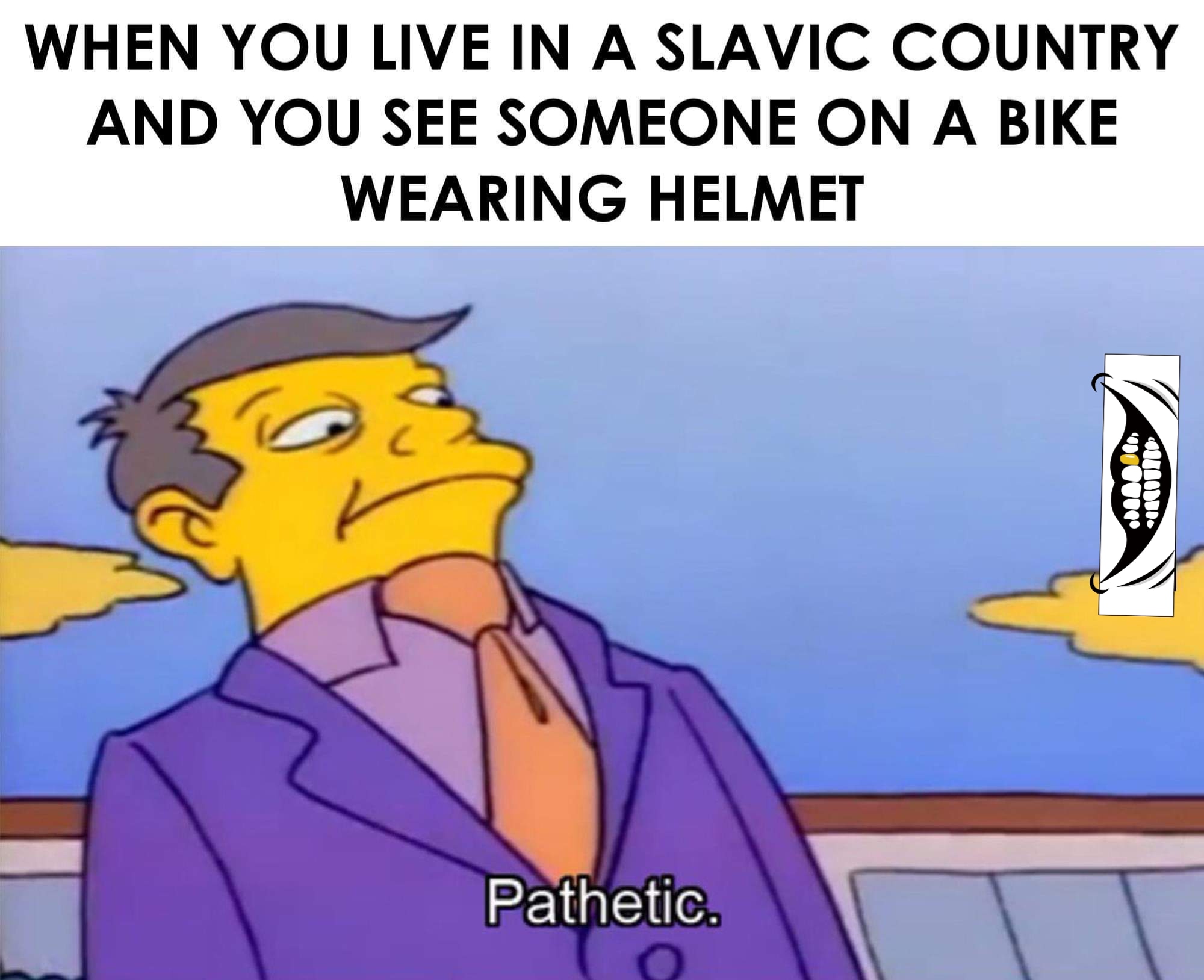 @LETA Okay so in this video which he gets into a battle with another YouTuber (No Bullshit), he says he's conservative when it comes to American politics and would have voted for Trump in 2016. Maybe he's changed.

I always wondered what media everyday Russian citizens get in modern times. "Your favorite neighborhood Russian" Roman provides the insight from the ground (about most recent elections): vote to keep Putin in power forever or Russia becomes GAYLAND

He says he didn't bother to vote though, because it makes no difference. Him and I both

Okay if no one is interested in Slavic culture (as I am) maybe this will get your attention. Roman has a very good grasp of English and everything to do with American rap culture and gaming, however Lil Vodka (his rap name) really drops the bottle here. He completely is skeptical of any UFO or ET reports, including this one in his own town - which is one of the most prominent cases involving a physical specimen of an unknown origin or at least inconclusive origin.

Dr Greer covered the same looking specimen brought to him an concluded it could not be a deformed fetus. And even if it were, what are the chances the same exact deformations would be on TWO SEPARATE specimens? The Stanford explanation at best is inconclusive.

Further investigations have found (Josh Gates Expedition Unknown) when they went to the area unusual lights showing up.

The specimen in Russia has even more crazy aspects. The only lady (Babushka) who discovered the creature was not the only witness. Her daughter in law sticks with the story! I can't believe Roman would believe what the official government accusations of the old lady being mentally unstable and that somehow a UFO showed up and took the specimen from the team of scientists studying it. They stole the body and made up a UFO story so you don't ask any more questions about it Roman. They said she's crazy to discredit it, but even Roman acknowledges something is off, and that the daughter in law is very mentally coherent, and she gives the same account.

This is not even mention the VIDEO FOOTAGE and the DNA results that are at best inconclusive. Roman even goes on to mock the story using the term "conspiracy" in a dissmisive way like it's not really a serious investigation. He's probably not aware of a Truth Embargo and Unacknowledged Special Access Projects that exist for sole purpose to study the subject, probably also exists in some form in Russia. @LETA

Staff
I'm interested, but I just finished binging on Netflix's Barbarians and OMG! So freaking AWESOME!

I had to try the dislike button when I saw it. I think it's the first time I've seen it